Horus of the Horizon

On August 24th, NASA's New Horizons will cross the orbit of Neptune en route to its destination Pluto (arrival in July 2015). Neptune is the god of horses (and Atlantis) resonating with 2014 the Chinese Year of the Horse, and Pluto is the god of the Underworld, another major theme we've been tracking all year, i.e. opening of the Gates of Hell. Which brings to mind Event Horizon...

This 1997 film revolves around the spaceship Event Horizon in orbit around the planet Neptune which has been rendered lifeless after inadvertently opening up the Gates of Hell with the ship's experimental gravity drive designed to open a black hole/wormhole/stargate. Interesting...


Another major factor here making April 21-24 a notable window is the Sun-Regulus conjunction at the heart of Leo/lion/sphinx...

...foreshadowed back on March 20th by an asteroid occulting Regulus, a rare celestial event on the vernal equinox, fittingly coinciding with the sunrise alignment with the gaze of the Great Sphinx, the terrestrial Leo.


The heart of the lion/Leo/Sphinx was also at the heart of Katy Perry's Dark Horse music video...

...which along with her "Satanic" Grammys Dark Horse performance late January made the collective head of conspiracy theorists and sync heads explode.

In ancient Egypt, the Great Sphinx was called Hor-em-akhet meaning "Horus of the Horizon". And in Dark Horse at Hellgate (Feb 1, 2014) I noted how the Katy Perry/Dark Horse stuff interacts with the theme of the opening of the Gates of Hell...

Is the horizon not the interface or "gate" between hell/underworld and this world?

The Great Sphinx... Horus of the Horizon... Horus/Horse at the Gate of Hell/Underworld.

In this way the Sun-Regulus conjunction can signify, especially this year, a trigger that opens the portal to the Underworld, called the Duat in ancient Egypt. Giza is a terrestrial version of the Duat, with the three great pyramids there resonating with the "trident" or "three teeth" and through which Neptune-Poseidon and through whom Atlantis. (Loren Coleman/Twilight Language has been all over the trident motif woven into this year's world events, if you're interested.)

Orion represents Osiris who is the god of the Underworld and the father of Horus. Osiris was killed by his brother Set, then temporarily resurrected by sister-wife Isis to give birth to his son, Horus, who is in effect a resurrected Osiris. Horus = rebirth of Osiris, out of the Underworld. The Regulus-Sun conjunction has indeed been associated with he "birth of Horus", and through which the rebirth/resurrection of Osiris, thereby underscoring the idea of "opening of the Hell gate".

So an earthquake - hinted by Neptune-Poseidon who has traditionally been called "Earth-shaker" - on the day of a Sun-Regulus conjunction would be considered a hellgate/womb-opening "Birthquake"... especially if located in Virginia which is the Virgin who is essentially Isis, the mother of Horus. And that's exactly what happened in 2011. 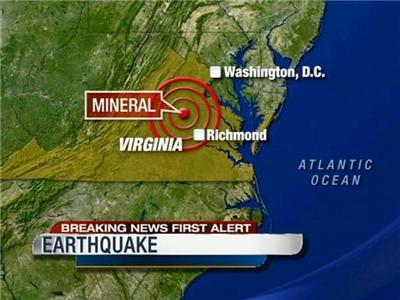 
What will happen this year during/around the Regulus-Sun conjunction when it (re-)opens the "Gates of Hell"? Perhaps something big, perhaps something subtle but deeply meaningful. Note that it interacts with another major window nearby and we're already seeing great chaos coming through that one...

In a bit of a lull after early Aug window, but I expect intensity to rise sharply after mid month (key dates ~8/16 & 21-24). Familiar themes

Aug 14 Demonstrations held in Ferguson and in cities around U.S.
Aug 16 Anger boils over again in Ferguson
Aug 16 Curfew imposed in Ferguson state of emergency

Year of the Horse, year of Horus. Monitoring...

Ancient sphinxes unearthed in Greece's largest tomb/"underworld" ever found (linked to Alexander the Great)! Right combination (underworld/hell and sphinx) and right on time, as discussed in the original article.

The statues are believed to have been placed there to guard the burial, which is the largest tomb ever uncovered in Greece. [...]

What lies behind the entrance remains a mystery. [...]

At the moment, the leading theory is that a senior general of Alexander's army was buried in the imposing tomb at Amphipolis.

But what if the Lion Tomb was indeed built for Alexander? [...]

[The tomb is scheduled to be opened in September.]

The Lion Tomb, it's one of those things so multicontextually resonant that numerous big world events will come heavily intertwined with it.

As anticipated by the pattern described in my original article posted August 19, 2014 (or much earlier for those on STRUG). To quote myself (red emphasis added):

On August 24th, NASA's New Horizons will cross the orbit of Neptune en route to its destination Pluto [...]

...the Sun-Regulus conjunction [on Aug 21-24] can signify, especially this year, a trigger that opens the portal to the Underworld [...]

So an earthquake - hinted by Neptune-Poseidon who has traditionally been called "Earth-shaker" - on the day of a Sun-Regulus conjunction [Aug 21-24] would be considered a hellgate/womb-opening "Birthquake" [...]

What will happen this year during/around the Regulus-Sun conjunction when it (re-)opens the "Gates of Hell"?


Well, now we know. How fitting... Golden Gate as the Gate of Hell, which makes a lot of sense. (This is not the only thing happening during/around this window, however. And the pattern continues forward...)